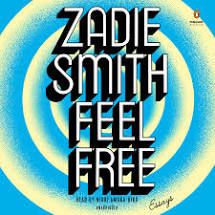 In middle school, I read an absolutely terrifying short story called The Lottery, by Shirley Jackson. People in a small town gather to ritualistically stone a person to death every year. The person is chosen by a lottery. Fun!

As a pre-teen, the only thing I extracted from reading this story was outraged horror directed mostly at whoever designed the curriculum. Then I forgot about it after reading Animal Farm, which perhaps 5% of the class understood to be a political book, and everybody else to be about psychotic barn animals.

As a sage adult, I see now that The Lottery was fairly heavy handed commentary on herd mentality.

In You Are Not a Gadget, Lanier spends times describing how becoming a part of the hive can affect personhood. He also discusses crowd wisdom and behavior (or lack thereof). A few months ago, while I was reading The Master Algorithm, I highlighted a passage about relational learning models and how they are related to the behavior of large groups of people. And while I was reading that, my father was partly through his retirement project of reading all of Asimov’s Foundation novels…

In Asimov’s Foundation (which I have read, just not recently), Hari Seldon, the protagonist and mathematician, hatches psychohistory. While one cannot foresee the actions of a particular individual, the laws of statistics as applied to large groups of people can predict the general flow of future events (ironically, I plucked this summary from Wikipedia- the product of a crowd).

In You Are Not a Gadget, Lanier cites Surowiecki, who wrote a book called The Wisdom of The Crowds.

Surowiecki proposes four principles in his book, framed from the perspective of the interior dynamics of the crowd. He suggests there should be limits on the ability of members of the crowd to see how others are about to decide on a question, in order to preserve independence and avoid mob behavior.

He also shares the perspective of Nassim Nicholas Taleb:

Nassim Nicholas Taleb has argued that applications of statistics, such as crowd wisdom schemes, should be divided into four quadrants. He defines the dangerous “Fourth Quadrant” as comprising problems that have both complex outcomes and unknown distributions of outcomes. He suggests making that quadrant taboo for crowds.

And finally, Pedro Domingos in the Master Algorithm:

…the law of large numbers ensures that even if individuals are unpredictable, whole societies aren’t. Relational learning reveals why this is not the case. If people were independent, each making decisions in isolation, societies would indeed be predictable, because all those random decisions would add up to a fairly constant average. But when people interact, larger assemblies can be less predictable than smaller ones, not more. If confidence and fear are contagious, each will dominate for a while, but every now and then an entire society will swing from one to the other.

A similar theme throughout.

It feels like Twitter. It feels like Facebook. And it feels all too familiar in that problems with complex outcomes and unknown distributions (should we socialize healthcare? should we go to war? who is an American?) are being litigated in digital spaces where people are being influenced by others constantly. That sense that you can’t get a moment to sit and think is quite real. People used to read newspapers once a day- perhaps for thirty minutes. Then they’d congregate at the water-cooler or at knitting circles or whatever. Markedly different from how we interact today: with hundreds of people and sometimes thousands of people every day. Like schools of fish, even small interactions seem to affect the whole.

In 2008, I was volunteering for the Obama campaign in Henderson County, Nevada (Las Vegas). I attended my first caucus – and hopefully my last. It was an online maelstrom brought to life, and I remember feeling panicky and horrified as the votes shook out in a newly constructed gymnasium. This was not a thoughtful, sober process. This was a complex process with an erratic distribution of outcomes. Given the length of the American campaign cycle (constant?) and the degree to which people are barraged with persuasive content, the last refuge of quiet civic contemplation should be protected.

I was initially ready to start posting blog posts on this revived WordPress blog (RIP old posts) on January 5th as part of a resolution to read more, but after I started reading Jaron Lanier’s You Are Not a Gadget, I felt obligated to write more of a complete thought.

From Jaron Lanier’s You Are Not a Gadget:

These are some of the things you can do to be a person instead of a source of fragments to be exploited by others.

There are aspects to all these software designs that could be retained more humanistically.

It has been over a year now since I quit Facebook and Instagram. I retain a quiet observer status on Twitter, but decline to participate beyond a few “likes”. LinkedIn is clearly a professional space, and getting thirstier every day.

In summary, my presence online has gone from Very Online to trying very hard not to be. I, like many others have articulated so well, miss the old internet. The weird one. The wild one. The one where you don’t feel like a product, but does makes you feel like a whole person.

Individual web pages as they first appeared in the early 1990s had the flavor of personhood. MySpace preserved some of that flavor, though a process of regularized formatting had begun. Facebook went further, organizing people into multiple-choice identities, while Wikipedia seeks to erase point of view entirely. If a church or government were doing these things, it would feel authoritarian, but when technologists are the culprits, we seem hip, fresh, and inventive.

I’m not interested in being a fragment, or interacting with fragments of people, or being oppressed by the technocracy. I like talking about juicy stuff, like current events and good ideas, and short of the evenings spent with friends and family over a drink, and the phone calls I’ll have with friends on my commute home, the internet seems like a pretty decent alternative.

But the dominant tools of the internet, according to Lanier, lend themselves to fragmentation:

It is true that by using these tools, individuals can author books or blogs or whatever, but people are encouraged by the economics of free content, crowd dynamics, and lord aggregators to serve up fragments instead of considered whole expressions or arguments. The efforts of authors are appreciated in a manner that erases the boundaries between them.

The result is a roiling mass of humanity, and individuals are lost.

The central mistake of recent digital culture is to chop up a network of individuals so finely that you end up with a mush. You then start to care about the abstraction of the network more than the real people who are networked, even though the network by itself is meaningless. Only the people were ever meaningful.

Perhaps we sense this. And perhaps that’s why people end up going down digital rabbit holes, “stalking” acquaintances and friends of friends online, perusing their profiles and suddenly knowing the strangest details about somebody with whom they rarely, if ever, interact. We’re ultimately interested in individual people.

“Being online” feels like being in a hive, or what we imagine it must feel like. You get to contribute here and there, with comments, likes, and follows. Present enough to pursue validation (“you exist! you’re a person and we acknowledge you with random digital tokens!”), but you’re mostly anonymous, and completely anonymous if you choose to be. This lends itself to darker impulses. The things people do online when they know they can slip back into the shadows.

Emphasizing the crowd means deemphasizing individual humans in the design of society, and when you ask people not to be people, they revert to bad moblike behaviors. This leads not only to empowered trolls, but to a generally unfriendly and unconstructive online world.

Lanier writes about how you can’t engage with technology without social engineering. One way in which I admit to having been engineered — I miss “sharing”, if the modern definition of sharing is putting something (a picture, a story, a thought, an observation) out there, where it floats around asking “what do you think? will you react to this?”

I don’t consider myself a tech evangelist (tech to save the world) or a Luddite. Liberal democracy, which is derived from the rights of individual people, is under duress. And it seems like the structure and design of the internet doesn’t quite fit on this foundation, warping civic society. I’m enjoying reading Lanier because understanding what we’ve built over the past few decades could help us understand where we are today, and what we will make of the internet going forward.

Lanier employs a lovely metaphor to shift the focus back to human beings, our ideas, and our experiences. As earth-shaking as the internet is, so once was the printing press. BUT. But, always but…

What is important about printing presses is not the mechanism, but the authors.

I read this as a call to participate on the internet more thoughtfully and seriously. Ergo, this long-ish blog post, where I had at first only intended to post interesting snippets of what I was reading. Irony!

[I understand a significant theme in Lanier’s book is about open vs. closed architecture. I’m aware of it but haven’t thought on it long enough to offer an opinion.] 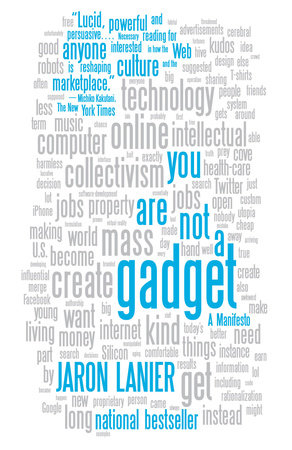